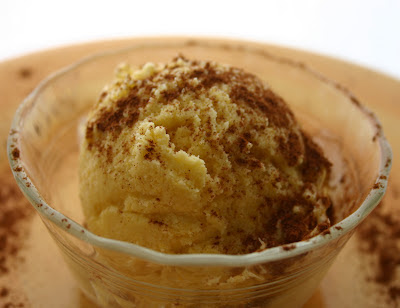 In Brazil, at around this time of the year, people celebrate St. John's and St. Anthony's month with a party called Festa Junina. From busy urban centers to small towns, it's celebrated everywhere even if you're religious or not, Christian or not. The dress-up code is quite peculiar: Everybody looks like living in a farm, and usually, girls look like rag dolls and boys like scarecrows. Kids just love it!
Besides the hilarious music and traditional dance, one of the sweet memories I have about the month are the flavors of the festa junina: mostly corn and coconut based food seasoned with cinnamon.
While browsing amazing pictures of my friends and their kids ready to go to the parties, with a bit on envy, at Facebook, I came across this thought: why not bring the flavors of the festa junina to a Summer treat?  My kids were puzzled while they were trying to figure out what it was made of. If you are also curious and adventurous, that's a very nice flavor to add to your Summer.


Sweet Corn and Coconut Ice Cream
You can use either fresh corn or frozen. I just would avoid canned, because  it just doesn't taste fresh.

Bring corn and coconut milk to a boil and simmer with cinnamon bark for about 10 minutes. When cold enough to the touch, blend the mix with a hand blender and pass contents through a sieve, with the help of a wooden spoon, or through a food mill. Mix the corn cream with condensed milk and cream and again blend it with the help of a hand blender up to when very smooth. Process ice cream maker for about 27 minutes or as indicated by your machine. Freeze for about two hours and serve.