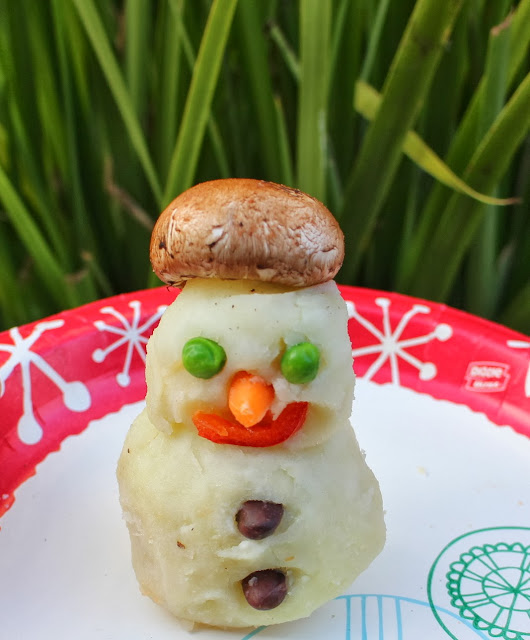 If you happen to live in a place where it doesn't snow,  like we do,  you might use this idea to make the kids have a little winter cheer with something else. It was the last hands on class I gave to second and third graders at school this year, after a series of edible craft sessions, which included sweet potatoes and green beans turkeys and a pea spread cemetery for Halloween.

The project to celebrate the end of the year was to make a snowman out of mashed potatoes and other foods, and the result was so much fun. We made those my son's classroom today with second and third graders. They were really thrilled to work on the project and eat it right away after finishing.

I baked the potatoes at home, and when I brought them to school, they were ready to be peeled with the tiny fingers and mashed easily with forks. Carrots became little noses, bell peppers for the mouths, but of course, some children's couldn't refrain to think outside the model and made...something completely different!

Invite the kids to peel and mash the potatoes, and use their imagination! You might be surprise that they might come up with something like this: 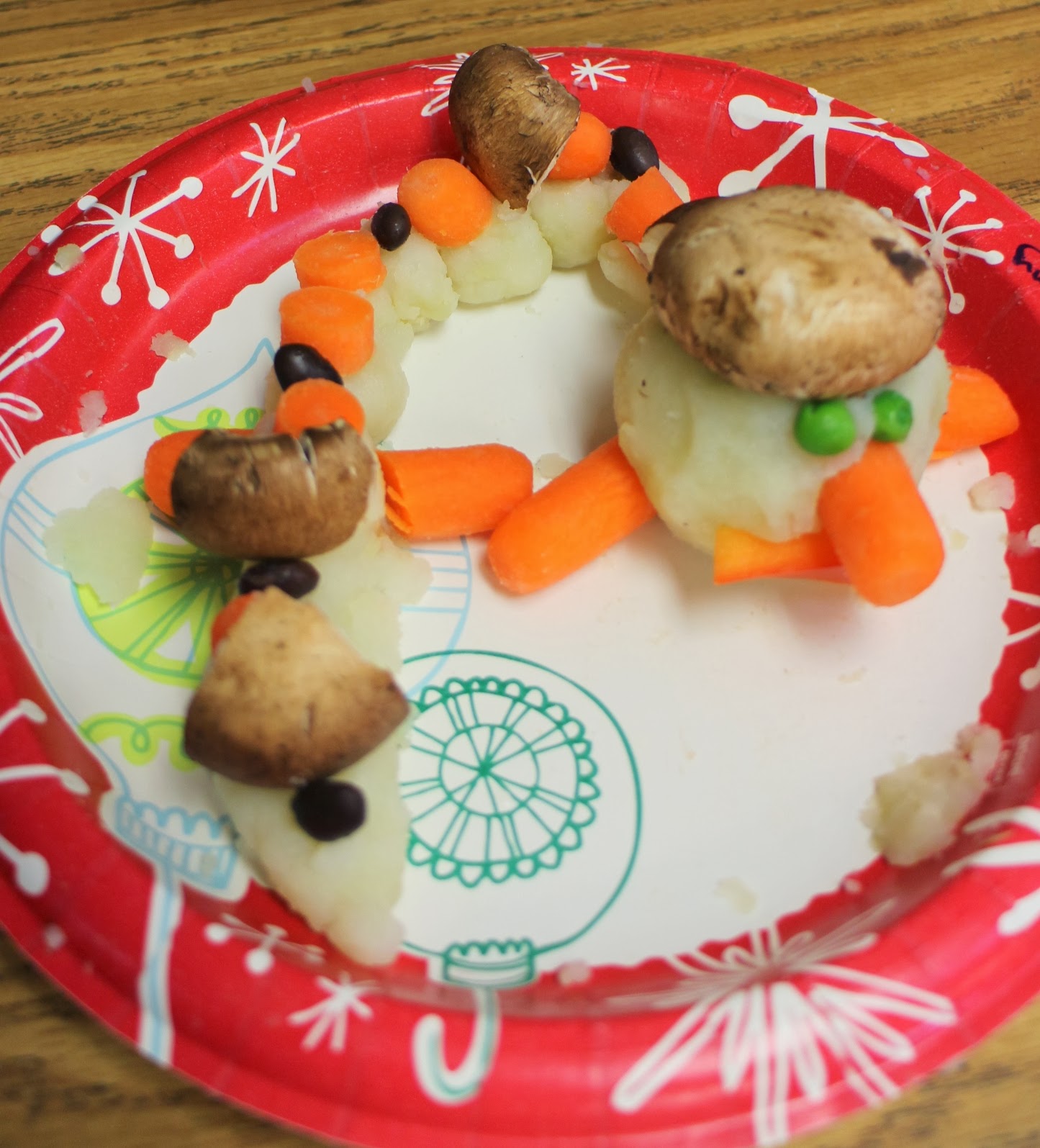 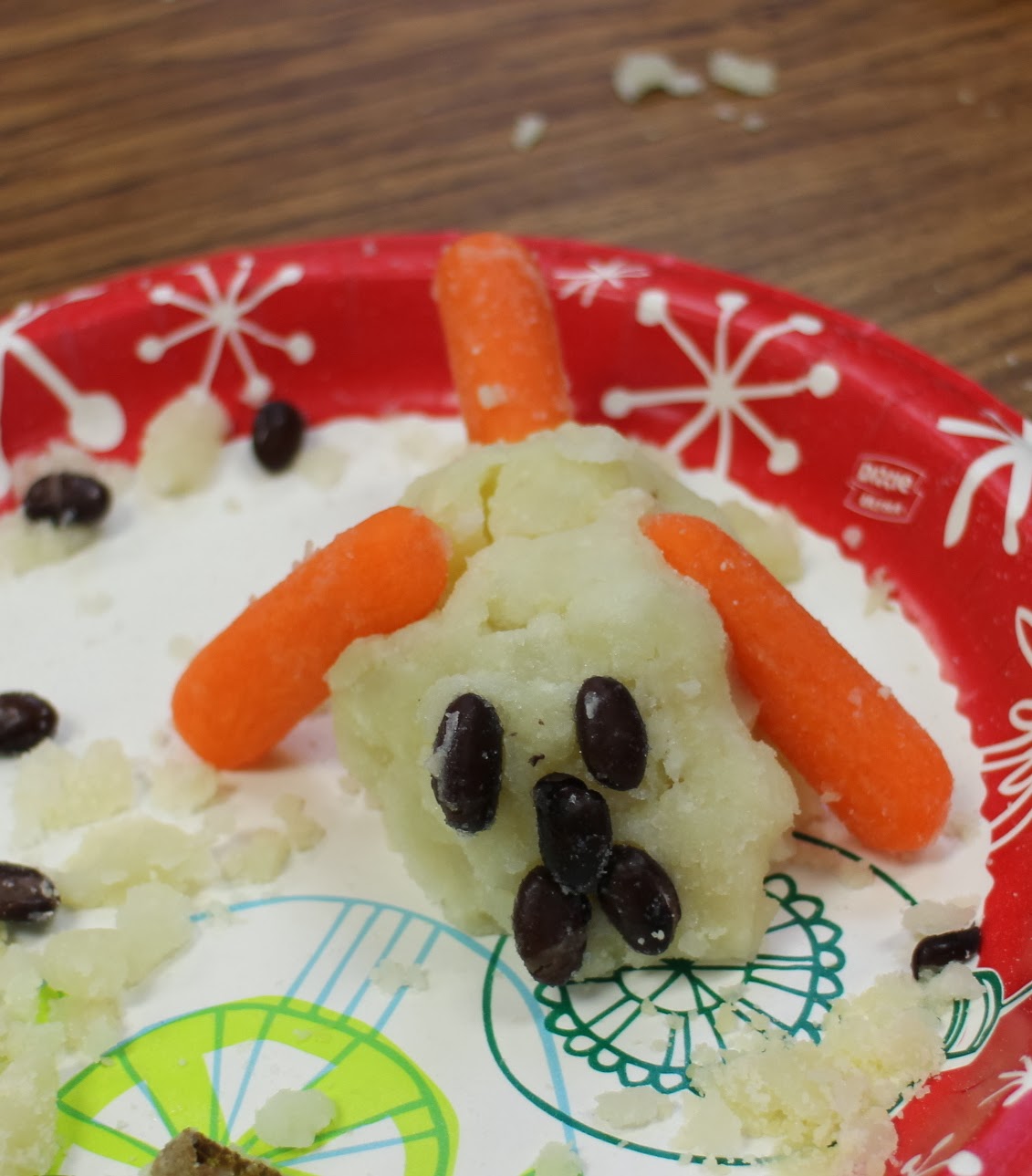 The process is fun and can be a little messy, but they were so proud to see their artwork ready to eat with all their classmates when they finished: 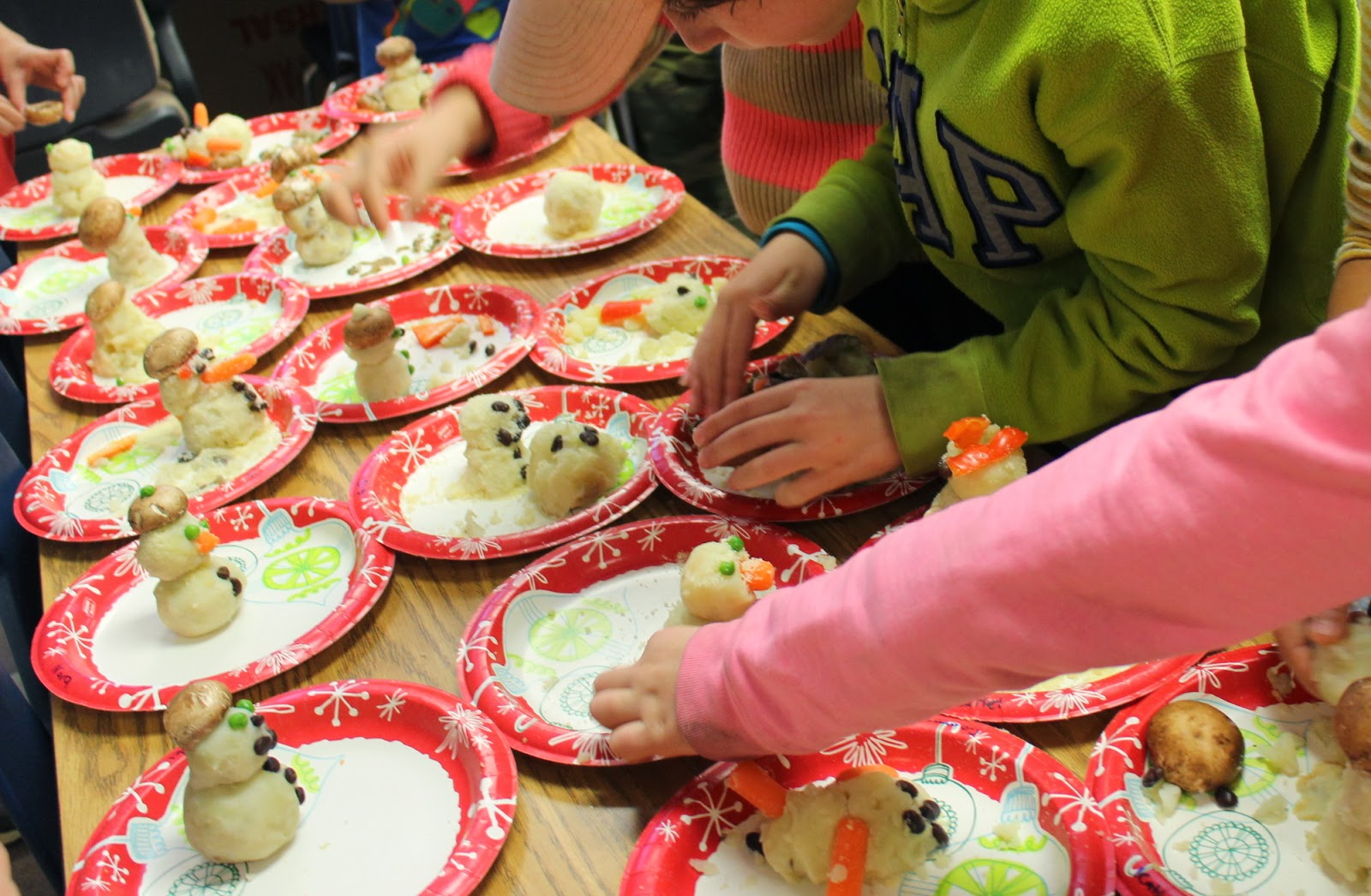